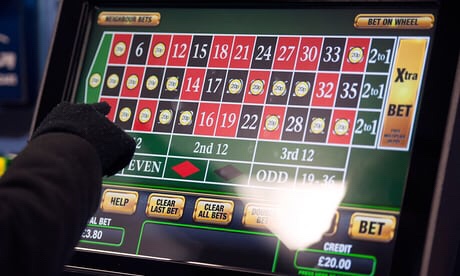 Those machines in seaside amusement arcades that we visited in our youth were not called ‘one-armed bandits’ for nothing. We knew that like real bandits they would always take our money in the end, but the amounts were small and we got a bit of fun out of it.

At the other end of the scale, and much more serious, are the Fixed Odds Betting Terminals that blight our high streets in Newham and that take an estimated £18 million out of the local economy every year, often from those who can least afford it.

The betting companies love them, because they can make up to £100 every 20 seconds. Even the Sun newspaper has called them ‘the crack Cocaine’ of gambling, so addictive are they – and so damaging to the lives of gambling addicts and their families.

Campaigners including Newham’s Mayor have long called for the maximum stake to be reduced to £2 every 20 seconds. Last week, the Gambling Commission made a wholly inadequate suggesting that it should be £30, but that would still enable each machine to take up to £5,400 an hour from addicts.  Unsurprisingly, shares in the big gambling companies soared on that news because it would mean big profits from them.

Campaigners against poverty have been united in their response. Any stake on Fixed Odds Betting Terminals higher than £2 simply does not go far enough to protect the interests of the most vulnerable, their families, and communities in Newham and across the country.

Some politicians have argued that if the maximum stake is cut the loss of tax revenues would hurt the country. That is to ignore entirely the cost of problem gambling in crime, theft, depression, family breakdown and suicides. To suggest that problem gambling benefits the nation is utter nonsense, even if you believe the libertarian argument that gamblers should be completely free to mess up their families’ lives.

Let’s be clear: We need our politicians of all parties to be courageous enough to vote to reduce the maximum stake to £2.